The status of American commercial shipping is appalling. Little demand exists outside of a small, captive home market for the products offered by the industry, which is beset by massive fees and inefficiency. Jerry Hendrix, who has observed the sector’s fall, proposes an ambitious plan of government-funded shipyard development and subsidies to bring back the U.S. shipbuilding industry to its previous prominence. However, we should be dubious about the justification for such an industrial policy and its ability to lift the United States beyond subpar shipbuilding. It would be foolish to continue with policies that have failed in the past.

Government-sponsored initiatives to advance the shipbuilding sector in the United States are just as old as that of the nation. A ship registration law requiring domestic construction for vessels flying the American flag was established by Congress in 1789, along with a second law establishing preferential treatment for vessels made in the country. Foreign-built ships were not allowed to operate under the American flag until 1912, even then, only ships involved in international trade were given this privilege. Only ships built in American shipyards are still allowed to transport commodities within the nation, thus subsidizing the industry.

Such protectionism occurred at a time when the United States was a world leader in shipbuilding, as shown by the creation of cutting-edge ships like the clipper ship. However, a causal link is doubtful. Colonial shipbuilders were well-known for their effectiveness and skill even before the United States gained its independence. These craftsmen were fortunate to have access to an abundance of natural resources, and by 1776, the ships they produced made up one-third of all those listed in the British registration system.

Unfortunately, things have generally gone downhill since then:

Protected American shipbuilders were unable to preserve their competitive advantage as the age of wooden and sails gave way to the age of iron and steam. For instance, a government report from 1894 stated that ships from American shipyards cost 25–35 percent more than those built in British shipyards. Protectionism was seen by observers of the time as contributing to this lack of competition. Grover Cleveland, the president of the United States at the time, said that American shipbuilding had been “protected to strangling,” while an editorial in the New York Times in 1899 described American shipbuilders as having been “drugged and hypnotized by years of prohibitory protection.”

While subsidies will help us acquire more ships, they are far from certain to increase our level of national security or the competitiveness of American shipbuilding abroad.

The competitiveness of American shipbuilding progressively declined in the 20th century; by the 1950s, American-made ships were twice as expensive as those built abroad, and by the 1990s, they were three times as expensive. A containership built in the United States today is thought to cost 5 times more than one built abroad. Due to these high costs, the Jones Act only permits the employment of U.S.-built merchant ships in domestic trade, and since 2000, the national shipbuilding industry has only delivered an average of three large merchant ships each year.

Hyundai Heavy Industries in South Korea, on the other hand, can produce 80 per year on its own. Contractors for military boats, which in 2019 accounted for about 80% of all U.S. building revenue, are a major reason why the country still has a shipbuilding industry.

Some claim that reductions in federal building subsidies in the early 1980s were a major factor in the demise of the commercial shipbuilding industry. Such reasons, however, must take into account the fact that the United States was still a shipbuilding powerhouse even with the hefty subsidies provided up until that point, which might account for up to half the ship’s cost. Only twice between 1951 and 1990 did American shipyards contribute more than 5% of the world’s output of ships, and in most years they did not go above 3%. Reporting in 1968, one analyst claimed that the United States had diminished from its pre-World War II shipbuilding heydays to a “place of insignificance,” playing only a “negligible part” in world shipbuilding. In contrast, a 1992 government assessment highlighted that since 1960, not a commercial ship has been constructed for export.

Because of the glaring lack of competitiveness in U.S. shipbuilding, a Baltimore Sun article from 1979 foresaw the impending closure of important U.S. shipyards in the years and months to come. The vast technological and productivity difference between American and international shipbuilders, the latter of which were established under the competitive demands of the worldwide marketplace, could not be bridged even by federal subsidies. The fact that American shipyards were the sole ones to reject a deal to reduce global shipbuilding subsidies after it was reached in the middle of the 1990s is also attributable to the country’s subpar shipbuilding capabilities.

Fair enough, appeals for building subsidies are frequently justified by concerns about national security, and inefficiency on its own does not automatically prohibit a company from participating in a nation’s defense. No less a proponent of free markets than Adam Smith acknowledged that defense was more important than extravagance, allowing for policies that may be ineffective but are essential for protecting the country. But is government support for the shipbuilding industry a suitable example? The case for domestic shipbuilding must be made, and the solution is less obvious than one might think.

The nation cannot rely on foreign-built ships to transport commercial cargo to and from U.S. ports, according to one defense of shipbuilding subsidies. But experience indicates that this is untrue. 85 foreign-built ships make up the majority of the American-flagged, “internationally trading” fleet. Because of their dependability, 60 of these take part in the Marine Security Plan and are prepared to transfer supplies and equipment to the U.S. military in times of war or other emergencies. 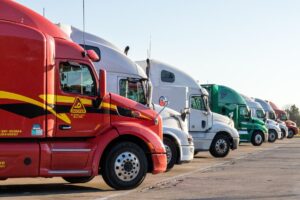 Another argument focuses on the benefits that domestic building would provide, such as the ability to replace wartime losses or to increase the fleet during conflicts. However, these would only be applicable if the dispute in question lasts long enough. Recent tankers supplied by American shipyards took an average of 17 months to build, compared to 30 months for containerships. Such ships might wind up being deployed after the battle has already stopped, even if they were manufactured at wartime speed. This is not a hypothetical situation: Most of the U.S. government’s hundreds of orders for merchant ships during World War I were delivered after the 1919 armistice.

The fact that the few shipping companies constructed in The US mainly rely on foreign suppliers for essential components further complicates matters. This reliance disproves the idea that local vessel construction would stop reliance on foreign countries, even though it helps keep U.S. building costs from rising to even more ludicrous heights. It also begs the following question: Why shouldn’t Americans be free to acquire ship hulls from South Korea and other allies if doing so is not a threat to the nation’s security for American shipbuilders, for instance?

Those who believe that increased commercial shipbuilding will benefit naval shipbuilding as well must take into account how different civilian and military shipbuilding is becoming. Larger ships for the U.S. Navy and National Guard are often not built-in shipyards that also manufacture commercial vessels. The Newport News shipyard, where American aircraft carriers are constructed, lost almost $300 million when it attempted to build tankers in the 1990s.

None of this should cast any doubt on the fact that more ships would’ve been produced if taxpayer money were invested in the industry. However, it is questionable if this would significantly increase the nation’s security or set the local shipbuilding sector on a path to global competitiveness. The United States must have previously taken the route of subsidizing heavy shipbuilding once. The nation should think more carefully before doing so once more, and if it does, only after taking into account fresh, innovative ideas that do not repeat the mistakes of the past.